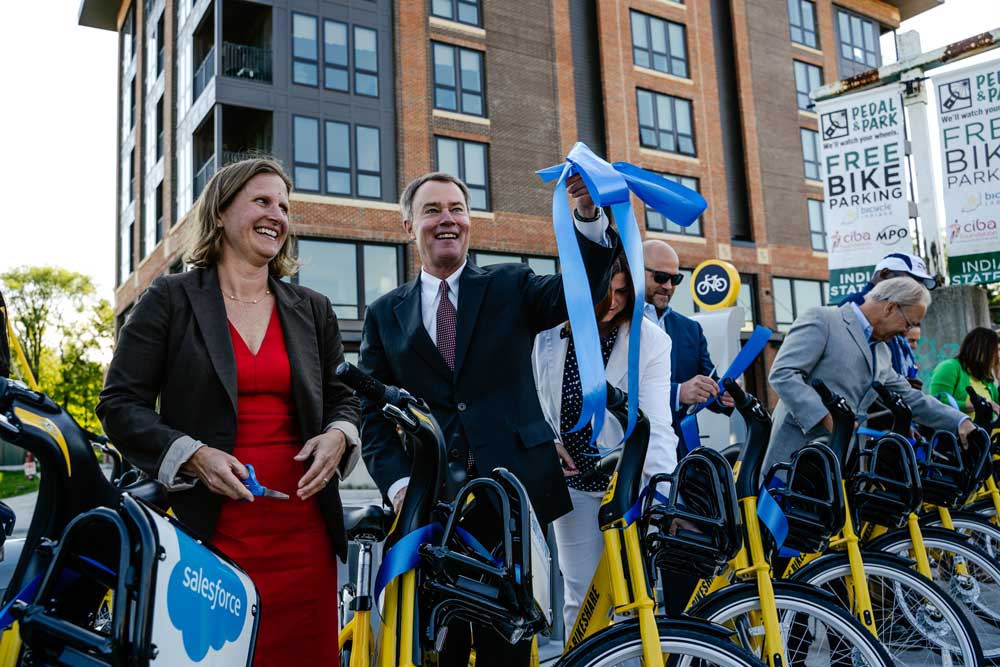 In September 2019, the Indianapolis Cultural Trail Inc. announced a significant expansion of the Pacers Bikeshare program at a ribbon-cutting event with Mayor Joe Hogsett and other community leaders. The expansion added 275 new bicycles and 21 new bike share stations in neighborhoods and destinations along the city’s bicycle network.

Holsapple Communications led the communications efforts for the announcement by writing the media advisory and press release, pitching the event to media, coordinating with the mayor’s staff and community leaders, inviting dignitaries and the public, assisting with site selection and facilitating the ceremonial ribbon cutting. Nearly 50 people attended the ceremony, which was covered by the Indianapolis Star, WISH-TV, RTV6, Fox59, Inside Indiana Business and NBA.com, among others. After the event, Holsapple Communications also authored an op-ed about the expansion which ran in the Indianapolis Star.